While you are enjoying your time in YUKIGUNI, why not look the part? Wearing kimono is not only fun, but also a valuable cultural experience in Japan. Though people tend to associate kimono with the city of Kyoto, the manufacture of kimono has an extensive history in the Snow Country area, particularly in the cities of Minamiuonuma and Tokamachi in Niigata prefecture.

The history of kimono in Japan

Kimono in Japan has a long and illustrious history, dating back to the Nara period over 1,200 years ago. Before this, in the Jomon period, people wore much rougher flax garments known as angin. A benefit of kimono was that due to innovative sewing techniques they could be made in any size and need not be custom-made, which led to the rise of kimono both as a commodity and a status symbol in Japan. Kimono is also worn in layers, like a western suit, with different colors worn according to the changing of seasons. By the Edo period, kimono had become extremely ornate. Kimono worn by nobility often used expensive and rare dyes, and very detailed designs and illustrations that included kanji, or even entire verses of poetry on the garment. Many of these superior-quality kimono were preserved as family heirlooms, and some are now displayed as museum pieces.

By the time of the Meiji Restoration, Japan had been opened to western ideas, including western modes of dress. Members of the nobility, especially men, were encouraged to wear suits instead, and for many, kimono gradually became less a part of daily life and more of a ceremonial garment. In the present day, it is common to see people wearing kimono when praying at shrines, or attending special events like school graduations.

The history of kimono in YUKIGUNI

Besides agriculture, the YUKIGUNI area has been known throughout history for its contributions to the Japanese textile industry. Originally, weaving kimono was an important way for poor farming families to supplement their income. Like the Jomon people before them, they relied on natural materials such as ramie, which they used to make kimono, and YUKIGUNI kimono became so known for their quality that they caught the attention of Japanese people living as far away as Edo- modern day Tokyo. These prized kimono would sometimes be given as gifts by the emperor himself. To learn more about how they were made, click HERE. Later, cities like Tokamachi became hubs for silk production.

About the Itsuwa Kimono Shop

Recently, we stopped by the Itsuwa Kimono Shop in Tokamachi. They offer their customers the option to try on and rent kimono, as well as custom kimono-tailoring services for those that want to bring home their very own handmade YUKIGUNI kimono. The parent company of Itsuwa has a history going back 130 years, and has many locations around the Niigata and Nagano area. Let’s learn a little about them!

Itsuwa’s kimono production is primarily local, and 70% of their kimono silk is sourced from the Tokamachi area. These kimonos are handmade using traditional methods by local craftsmen, and the shop includes a wide variety of styles for both men and women. Itsuwa also recycles old kimonos, and has participated in projects dedicated to protecting the Japanese silk industry.

Wearing a kimono for the first time

Choosing a kimono and then figuring out how to put it on can be a daunting task your first time, but luckily the staff at Itsuwa are happy to assist you. First of all, there are many types of kimono- over 100 to be precise, but can be broken down into four main types. Furisode are formal kimono worn by young women, and are distinguished by their particularly long sleeves. Married women, meanwhile, may wear tomesode, which are shorter.

Kurotomesode are special ceremonial kimono, typically worn at wedding ceremonies, and are especially fancy and elegant. The most popular kimono for daily use is called komon. This is the type of kimono most recommended for those new to kimono, and comes in both silk and polyester varieties, the latter of which is lighter and perhaps more comfortable for beginners.

As with fine suits, kimono are typically bought or rented as a set. Here is some information about each piece which makes up what we call “kimono.” First is a juban, which is the innermost layer of kimono, and prevents the other parts of kimono from getting sweaty. Next is the part of the garment actually referred to as kimono, which is a heavier long silk robe. On top of the kimono robe is the haori, which is like a western suit jacket. The haori is tied with haorihimo, and then an obi is tied at the waist. A hakama can be worn below the waist; there is a more skirt-like style for woman, while men’s hakama look more like pants. When wearing kimono, people would traditionally wear Japanese sandals called geta.

Lastly, let’s talk briefly about the cost. At Itsuwa, kimono rental begins at 10,000 yen for a full kimono set. There are many different types and sizes available, but as Itsuwa serve a primarily Japanese clientele, their selection of big and tall sizes will be quite limited. However, if you are interested in purchasing kimono, one can be custom made in any size. The cost for superior handmade kimono varies, but can be estimated around 200,000 yen.

Recent kimono trends: Which kimono is right for you?

Kimono fashion in the present day can be said to be the best of both worlds: it preserves what is so great about kimono throughout history while adding on modern fashion innovations. In particular, short sleeved kimono have become popular, both because of how easy they are to wear, and because they are the most casual and suitable for regular use. In addition, many kimono now have the obi tied at the front rather than the back. This is so that people wearing kimono can sit comfortably on chairs or other modern seating. Lastly, it has become chic to combine Japanese kimono with western accessories, such as handbags or jewelry.

Learn all about YUKIGUNI Kimono at the Tokamachi City Museum

This article only contains a small sampling of all there is to know about YUKIGUNI kimono. Luckily, there is a sizable permanent exhibit in the new Tokamachi City Museum about silk, kimono and their importance to the Snow Country area. At the museum you can see examples of beautiful kimono and kimono-making equipment, as well as a wealth of other information, much of which has been translated into English. 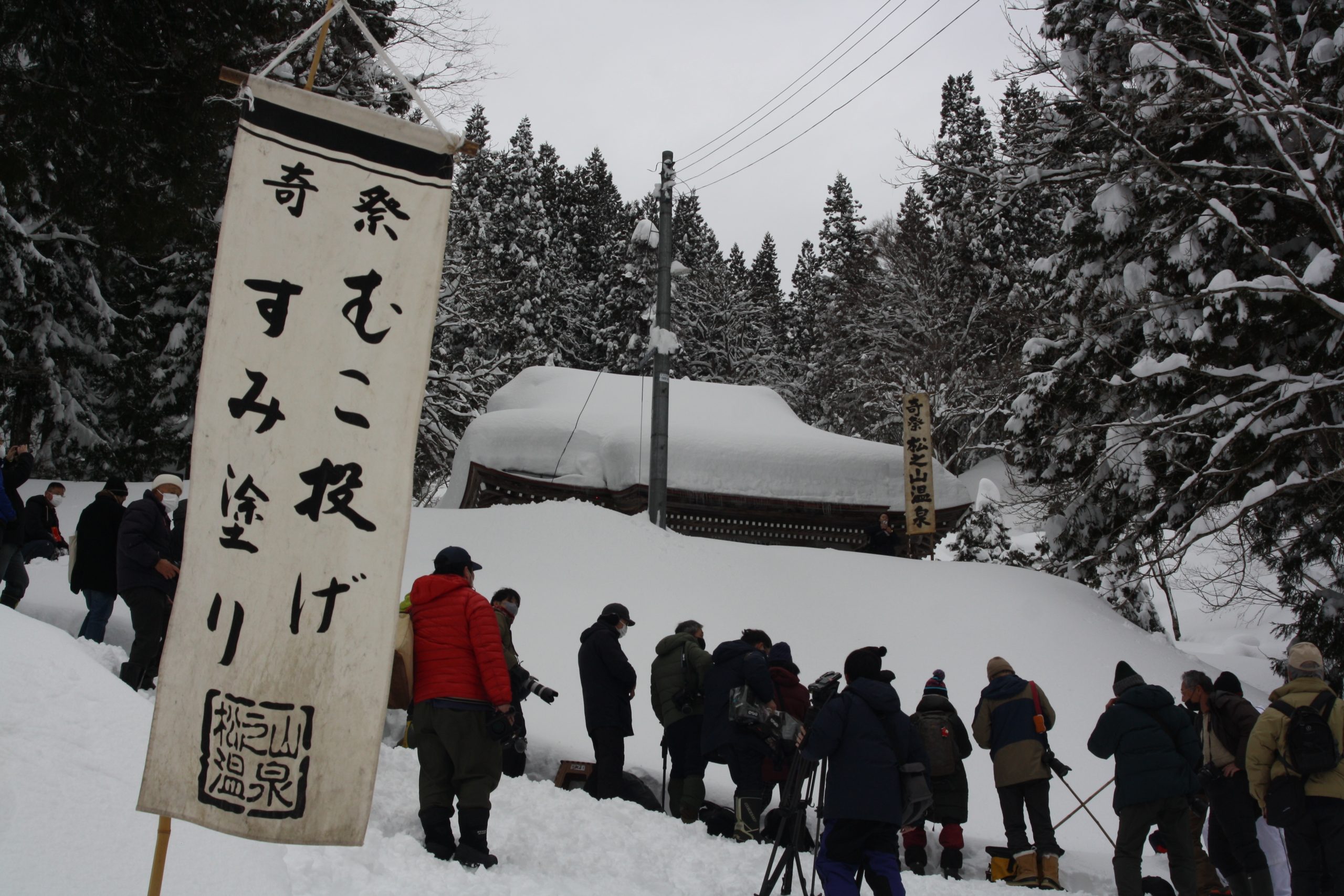