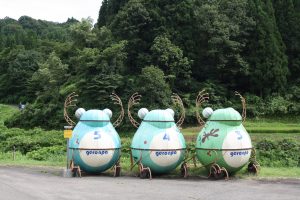 Welcome to the Echigo-Tsumari Art Triennale

By Matt Klampert While you are enjoying your time in 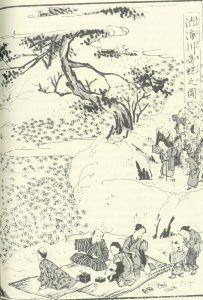 By Matt Klampert In the past, before telephones, television, and 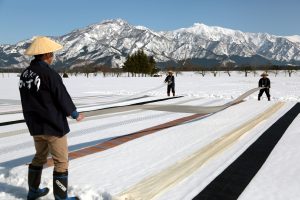 By Matt Klampert These days, the YUKIGUNI region of Japan 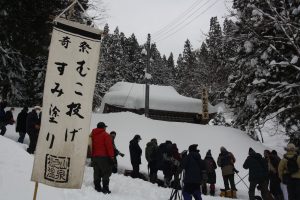 By Matt Klampert In our overview of the many “strange 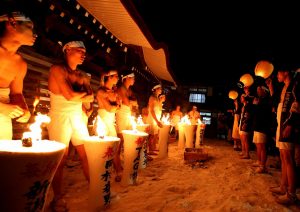 By Matt Klampert The area of YUKIGUNI in Niigata and 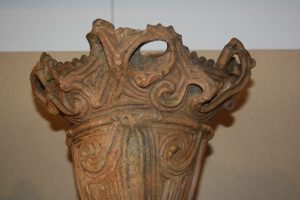 Kaengata and Jomon – The Original Artists of Japan

Jomon pottery is said to be one of the oldest pottery in the world. The most famous example is the Kaengata earthenware, which was on display at the British Museum. There are many different types of Jomon earthenware, but the Kaengata earthenware has only been found in the area of present-day Niigata Prefecture, suggesting that Niigata Prefecture has been a cultural centre for the past 5,000 years. 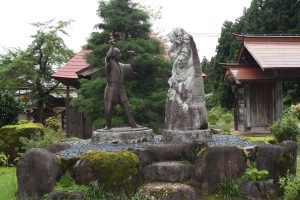 Art in this region of Japan has a long and storied history, including that of YUKIGUNI’s best-known artist: the painter and sculptor Uncho Ishikawa. Born in Edo (modern day Tokyo) in 1814, he was something of a young prodigy in his day. At only 20 years old he had already become a master craftsman, and was given the name Ishikawa as a sign of membership into the famed Ishikawa group of artisans. Very little of Uncho Ishikawa’s early work still exists; instead, his reputation largely rests on the art he has left behind in temples around the Niigata region, for which he has been given the moniker “The Michelangelo of Japan.” 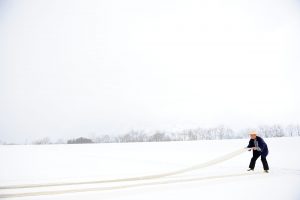 Echigo Jofu represents the textile culture of the snow country.

In YUKIGUNI (snow country), the weaving industry has always been a popular winter job. The exquisite handwork of the weavers has been highly valued.

Do you know about the Jomon culture hidden deep in the heart of Japanese culture?

At the heart of the diversity of Japanese culture lies, in fact, a single cultural source. This is the topic of the Jomon culture, which after a long time has once again become an enigmatic and fascinating place.

A culture that has lasted for 10,000 years, unparalleled in world history. Living in harmony with nature. Villages arranged in a circle so that they can see each other, which develops the connections of people. Plenty of time because we are buried in snow in winter. Something that has been left behind in modern times is there. Something fundamental. Jomon asks us “What is richness?”

Let’s close our eyes, sharpen our senses, and contemplate the ancient Jomon culture of Japan.
Through the Jomon culture, which lived in harmony with the forest for 10,000 years, you may find hints for thinking about modern society. 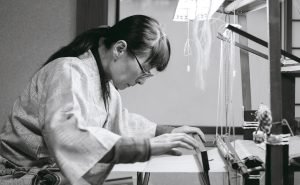 Relation between Kimono fabrics and snow

Scattered across YUKIGUNI are fabric production areas. These fabrics have, since ancient times, had a deep connection with the climate, nature and the life of the people of YUKIGUNI. We visited local people involved in the production of these fabrics. 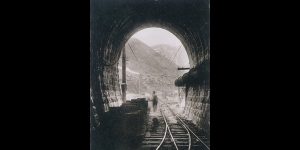 What kind of place is “YUKIGUNI (Snow Country)”, a place that was visited, loved and written about by the famous Japanese writers such as Kawabata Yasunari, Dazai Osamu, Sakaguchi Ango and Suzuki Bokushi? Let us take you on a journey in their footsteps.

Many people who come to the YUKIGUNI (snow country) for skiing or snowboarding probably only remember places like the ski resort or the train station. And that’s a real shame!

Travelling through the culture of YUKIGUNI

Let’s take a trip to this pure white world where white snow lies in thick layers.

Let’s go on a journey around the Snow Country through “words”.